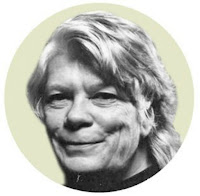 Still staggering from this sad news. Joan Hess passed away at the age of 68. Joan Hess was the author of the Claire Malloy Mysteries and the Arly Hanks Mysteries, formally known as the Maggody Mysteries. She won the American Mystery Award, the Agatha Award, for which she had been nominated five times, and the Macavity Award. She was a member of Sisters in Crime and a former president of the American Crime Writers League. She contributed to multiple anthologies and book series, including Crosswinds, Deadly Allies, Malice Domestic, and The Year’s 25 Finest Crime and Mystery Stories. She also wrote the Theo Bloomer mystery series under the pseudonym Joan Hadley.

I was privileged to meet Joan many times at Malice Domestic, as well as Bouchercon and Left Coast Crime, but it was Malice where we really spent time. She held court in the lobby bar at many of the Malice Domestic conferences. Her wit, her candor, and her dry humor were unparalleled. Her books gave me many hours of enjoyment.

This past year Joan completed an unfinished manuscript of Elizabeth Peters. Based on extensive notes and conversations with Barbara Mertz (aka Elizabeth Peters), her devoted friend, Joan took on the task of completing the last edition of this cherished series. Joan delivered a story brimming with intrigue and humor, blending Victorian formality with a clever, tongue-in-cheek wit, true to Barbara’s style.