WRITING IN A TIME OF COVID 19: Guest Post by Nancy Lynn Jarvis 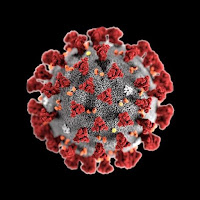 Nancy Lynn Jarvis:
Writing in a Time of Covid 19

I’m a big fan of the late writer Gabriel Garcia Márquez, but I never imagined when I was reading Love in the Time of Cholera or A Hundred Years of Solitude how his titles would seem so appropriate for us in 2020. This Covid19 thing has put us in the middle of a mess, hasn’t it?

When we were first told to shelter at home, it didn’t seem like a big deal to me. I live alone in a mountain home and feel safe nestled there. I didn’t mind that I couldn’t interact with friends and family first-hand for a while because, like all writers, I have characters in my head talking to me, sharing who they are and what they’re doing, and keeping me company. I imagined that I could use my solitude to write.

The only thing is, I couldn’t. I’m not prone to writer’s block so that wasn’t my problem. I simply couldn’t focus. I’m not what you’d call a disciplined writer with a routine and daily page requirement, but even so, since 2008 when my first Regan McHenry Real Estate Mystery came out, I have produced a total of seven books in that series, written Mags and the AARP Gang, a stand-alone coming of age (if that’s possible for characters in their eighties) comedy, written a little inside baseball book called The Truth About Hosting Airbnb, something I do―did before the virus hit―coordinated submissions from one-hundred-twenty-eight cozy mystery writers for a cookbook, and herded seventeen cats―I mean writers―who submitted short stories for an anthology. I also put out the first book in a new series, PIP Inc. Mysteries. 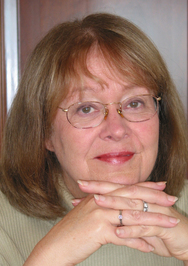 I can write. I can produce. I’ve done it. The only time I couldn’t was after my husband died and being in mourning stopped me from concentrating. As I stared at a computer screen, frustrated because new words didn’t flow, it seemed like my loss of focus now couldn’t be like mourning the loss of someone I loved. What I discovered is that mourning then and what was happening to me now were exactly the same thing and that I was affected in the same way.

Shock hit first. I stared at the calendar marking the passing of time, reminding myself that I had made it through another day. Grief and tears came next and regularly as the death toll rose and stories of heroic medical personnel catching the disease broke my heart. I experienced anger. How dare this be happening. Why weren’t better decisions made? How could this disease be winning? The almost overwhelming desire to awake from the nightmare and get back to normal followed, and finally, so did acceptance that life would never be normal again.

Of course life will be good again. We will adapt to our new reality. We will be able to hug one another and do the simple things we enjoy. We will come out of mourning for life as we knew it and for those we have we lost. Those born into this new world won’t divide their lives into before and after.

I’m moving through mourning this time, too, like I did after my husband’s death, and can write once more. I’m making real progress on the second book in the PIP Inc. Mysteries series which I started before this new world when I didn’t know how apt its title, The Funeral Murder, might be.


***
Nancy Lynn Jarvis was a Santa Cruz, California, Realtor for twenty-five years but was having so much fun writing that she let her license lapse in May of 2013. After earning a BA in behavioral science from San Jose State University, she worked in the advertising department of the San Jose Mercury News. A move to Santa Cruz meant a new job as a librarian and later a stint as the business manager of Shakespeare/Santa Cruz. Nancy's work history reflects her philosophy: people should try something radically different every few years.

In the course of writing seven books in the Regan McHenry Real Estate Mysteries series, Nancy took some detours. She wrote Mags and the AARP Gang, a novel Nancy thinks was channeled through her by an eighty-three-year-old woman with a story to tell, and a little insider's book The Truth About Hosting Airbnb. She also edited Cozy Food: 128 Cozy Mystery Writers Share Their Favorite Recipes, and most recently, Santa Cruz Weird, a short story anthology with contributions from seventeen Santa Cruz writers.
Posted by Janet Rudolph at 10:15 AM

Thank you for having me on your blog. Writing this was therapeutic for me.

Janet, Thank you for hosting me today. Writing is sometimes therapy, now more than ever.

Boy, can I relate to this. But as the weeks go by, I'm discovering I can write once again. Can't wait to get past this period on our lives.