Theft Between the Rains: Art Theft Mystery Gets a Good Drenching of Water: Guest Post by Luba Lesychyn

Theft Between the Rains: Art Theft Mystery Gets a Good Drenching of Water

When I was considering the subject matter for the sequel to my first book, Theft By Chocolate, I was in a quandary about how I was going to follow it up. The story of a woman looking for chocolate, love, and an international art thief in all the wrong places is a humourous, cozy thriller as well as a love letter to Canada’s Royal Ontario Museum, where I had worked for more than 20 years. I ultimately decided that in the next installment, I would continue to pay tribute to the ROM, but also feature some of Toronto’s hidden, often unfamiliar, and intriguing locations and spaces. Settling on water as its major motif, however, came later in the novel’s development.

I found inspiration for Theft Between the Rains from an unexpected source, from the Canadian documentary film Lost Rivers, where I learned that there are numerous rivers running through most metropolitan cities including Toronto, but that that they have been undergrounded and tied into their sewer systems. What particularly sparked the premise for the book while watching the film was a triggered recollection about the ROM being situated above the buried Taddle Creek.

The existence of Taddle Creek underneath the Museum was common knowledge to most staff. But there is little to remind Torontonians of the existence of the epic waterway with the exception of a sculpture, The Vessel (in the form of a monumental pitcher) located in Taddle Creek Park, a small but busy green space in Toronto’s Annex neighbourhood. It is constructed of four kilometers of stainless-steel rod with its measure representing the approximate length of Taddle Creek, which runs through downtown Toronto to Lake Ontario. 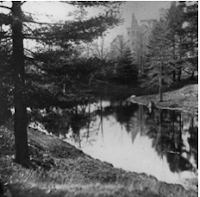 As for my characters, the capricious museum employee and reluctant sleuth Kalena Boyko, Theft By Chocolate’s protagonist, would make a return, but I also added a new side-kick based upon a profession of which I had never heard until seeing Lost Rivers, a drainer which is an intrepid subterranean explorer and keeper of buried rivers. The magnificent photographs of Toronto creator and explorer of underground and marginal spaces, Michael Cook, were featured in Lost Rivers and I wanted, in some way, to pay homage to his work and environmental activism in my newest novel.

So, along with Kalena’s circle of quirky and affable colleagues, readers will meet Benny (Benedetta), a University of Toronto grad student by day and drainer by night and I included scenes such as the one set in Toronto’s Earlscourt sewer, a setting with an astonishing haunting grandeur, inspired by Michael Cook’s extraordinary images.

To continue the art theft thriller thread between my two books, I was influenced by yet another documentary, The Rape of Europa, about the plunder of art during World War II. I have always been beguiled by stories portrayed in films such as The Monuments Men and Woman in Gold. In addition, my mother had some intriguing tales about her experiences in wartime Germany, where she was in a forced labour situation, and where she continued to live for a short time after WWII concluded.

The accounts about art work confiscated in the Second World War customarily revolve around attempts to repatriate from a museum or private collector art pieces acquired under dubious circumstances during the war. In contrast, I devised a narrative about someone cryptically dumping priceless masterpieces, still listed as missing since WWII, into Kalena Boyko’s lap and she is subsequently driven to ferret out the possessor of the illegally acquired art and determine why she’s been drawn into the criminal’s puzzling escapades.

While fleshing out this storyline, my research alerted me to the fact the Nazis weren’t alone in plundering art from museums and private individuals during the devastating war. Russia, among other countries, was equally involved in this wartime activity. Moreover, after the war, the Soviet Union rewrote their laws and defended their right to keep all the art they had flagrantly stolen and so continue to hold onto it. Allied looting was also more commonplace than one might suspect, particularly after the Allies occupied countries such as Germany in the post-war transition to peace. My mother was witness to some of this free-for-all where American soldiers took anything they could carry as ‘souvenirs.’ These oft and sometimes conveniently forgotten exploits were incorporated into my tale.

It took some time to resolve how I would bind such disparate subjects and, at the same time, take readers to various settings around Toronto, including its buried waterways. But ideas came steadily as I partook in the Toronto Green Community’s Lost Rivers walking tours. Led by a group with a mandate of creating an appreciation of Toronto’s connection to its water systems by tracing the courses of forgotten streams, the tours turned out to be a most pleasant and enriching way to conduct research and spend my weekends.

Besides the Lost Rivers walks, I also participated in numerous ROMWalks, guided city walking tours led by volunteers of the Royal Ontario Museum. The annual Doors Open Toronto event also generated some notions for some of the novel’s scenes. This popular event, which invites the public to explore buildings of architectural, historic and cultural significance not usually open to the public, informed several chapters in Theft Between the Rains, including its climax. The architecturally iconic R.C. Harris Water Treatment Plant and the obscure Bay Street ghost subway station are two of my Doors Open Toronto discoveries that I detail in the novel.

I also drew from many personal anecdotes to broaden what had now become a prevalent water theme in the story – from a plumbing disaster that found water gushing like a fountain from my toilet to bearing witness to a magnificent old tree on the University of Toronto campus toppling onto a bustling main thoroughfare during a powerful thunder storm. I’ve also experienced some unusual health challenges exacerbated by tap water and one of the most unanticipated results of my research was insight into my body’s intolerance for city drinking water. It was a profound revelation and gave me new awareness about issues for which I had no explanation for decades.

Although more intense subjects are contemplated in Theft Between the Rains in comparison to my first work, the overall tone of the novel remains amusing and keeps it in the genre of a cozy thriller. But I embraced the opportunity to raise awareness about many different topics and perhaps the book will provoke some further thought on climate change, daylighting urban Canadian waterways and separating them from sewage processing, and restoring buried rivers to their original purpose thereby benefitting generations to come. But while reading the book, you may start to feel as though you should have an umbrella handy – or a towel, perhaps. 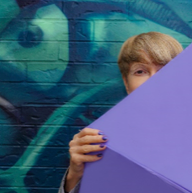 For more information about Luba’s books, upcoming events, and other blog tour stops, please visit her website https://lubalesychyn.com/ Other websites of interest: www.lostrivers.ca www.vanishingpoint.ca
Posted by Janet Rudolph at 8:53 AM

Great research! I went to a presentation given at the Nelson-Atkins Museum of Art in Kansas City on the topic of art theft during WWII and the monuments men. Fascinating.

Hi Mary, apologies for the much delayed response to your comment. I would have loved to have attended that talk!

I was recently asked what one of the most fascinating things I learned while researching my book was and I answered that it was the fact that there is still an estimated $37 billion of treasure hidden around Europe, including $93 million in silver and jewelry hidden somewhere in the hills surrounding the castle of Wewelsburg in northeast Germany and $100 million in gold apparently dumped in Lake Walchen near Munich. It is truly mind-boggling. I'm surprised no one has done a reality show on treasure hunters trying to locate all this loot!