Serial Killer: A Thriller in Stories 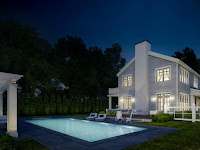 Polis Books announced the acquisition of an exciting new project, co-edited by two of the brightest minds in the crime fiction field, Jason Starr and Chantelle Aimée Osman.

SERIAL KILLER, a thriller in stories and a contemporary retelling of Ten Little Indians, is about a group of strangers who end up at a Hamptons house for a summer weekend, only to learn that one of the house guests is a murderer. Serial Killer will launch in the Fall of 2016. Each story will be written by a different author, and will further the plot from the perspective of one of the house guests. That character could be a victim—or even the killer. Each chapter will come from the unique voice and perspective of its author. One new story will be published every two weeks as an ebook single, and the entire novel will then be published as an omnibus ebook and later in an expanded print edition in Summer 2017. Contributors include Jason Starr, Patricia Abbott, Rob Hart, Mary T. McCarthy, Dave White, Alex Segura. More contributors to be announced.

In addition to the digital stories and print edition, SERIAL KILLER will also be supported by numerous multimedia components, including podcasts, videos, and live readings.

Read more Here.
Posted by Janet Rudolph at 8:59 AM

Thanks so much, Janet! We're all very excited about the project.

this does sound exciting. As long as there is a print edition, I'm fine with it.