Can Authors Do Too Much Research? Guest Post by Jean Heller 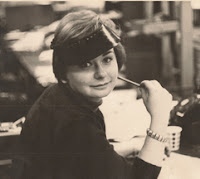 Jean Heller’s news career included serving as an investigative and projects reporter and editor for The Associated Press in New York City and Washington, D.C., The Cox Newspapers and New York Newsday in Washington, D.C. and the St. Petersburg Times in Washington, D.C. and Florida.  Jean has won multiple awards, including the Worth Bingham Prize, the Polk Award, and is an eight-time Pulitzer Prize nominee. Her novels include the Deuce Mora series (The Someday File and The Hunting Ground) and the stand-alone thrillers Handyman and Maximum Impact.

JEAN HELLER:
CAN AUTHORS DO TOO MUCH RESEARCH?

The simple answer to this question is no. Whether we’re writing about simple or complex subjects, we always have to assume that some reader, somewhere, will notice if we get even one small fact wrong.

An extremely famous thriller writer, now dead, was known to be careless with his facts. He once described field-stripping of a weapon and made major mistakes. He once described a car chase through Lucerne, Switzerland, which, had it happened as he described, would have run along the bottom of Lake Lucerne. While these errors didn’t appear to impact his sales, they could impact yours.

On the other hand, a wonderful mystery writer named Walter Satterthwait, writing a novel about two Pinkerton agents solving crimes in the early part of the 20th century, once spent a full week researching what red wine made in France would have been served with a cassoulet in a Parisian restaurant in the 1920s. I suggested to him, “Who would know if you got it wrong?” His response, “Someone would.”

You cannot know too much about your subject. But you can throw too much of that knowledge into your book. Doing so risks boring readers who might not share your passion for canning rutabagas, or farming catfish, or discovering the names of more than 400 varieties and sizes of crushed rock.

I had this problem initially with my first novel, Maximum Impact, published by St. Martin’s Press way back in 1993. I am a licensed pilot. And Maximum Impact is a mystery about an airliner crash and the cover-up that followed. Because it was the 90s, and because I’m a woman, I felt I had to prove I knew the technical aspects of my subject. I embarked on some diversions longer than a flight from Chicago to Copenhagen. As a result the first draft of the manuscript was 900 pages long, more than twice what it should have been.

There were a lot of things my editor suggested cutting. First and foremost were lengthy descriptions of technical stuff (“technical stuff” is a formal aviation term) that didn’t advance the story and about which few people would care. Thus trimmed, the second draft was much more manageable.

Still, at an early book signing, one male reader confirmed my worst fears. “Why,” he asked me, “did you write a man’s book?” I didn’t get angry. The problem was his, not mine. And I knew that even back when the manuscript was 900 pages long, the extra technical stuff didn’t justify that length and probably wouldn’t have answered the reader’s question.

I am currently working on a plan to reissue the book next year. My principal task now is to go through the story looking for sentences and paragraphs I left in the first time and shouldn’t have. Maximum Impact got great reviews when it was published. It will be an even better book the second time.

I bring this up now because I have a new book, The Hunting Ground, for which I had to learn an enormous amount about the grim subject of human trafficking. Most of what I learned isn’t in the story. I left it out because it was too painful to force on readers who would buy the book hoping to be entertained. It was all good information for me to have because it imbued the writing with an air of authenticity. But it wasn’t necessary to create the mystery at the heart of the story: whodunit and why?

Those questions are, after all, are the critical ones.
Posted by Janet Rudolph at 3:13 PM

Email ThisBlogThis!Share to TwitterShare to FacebookShare to Pinterest
Labels: Can Authors Do Too Much Research?, Jean Heller, The Hunting Ground

Thanks for two new to me authors.

I'll bet just about everything she learned about human trafficking is in the book, but it's between the lines, where most research belongs. The best and most effectively used research provides an aura of authenticity to the book, which I'm sure Jean provides in abundance.

Thank you so much for this great post! You said it perfectly. We can never know too much because that will keep our writing informed. The mistake is in telling too much.