The Private Eye Writers of America announced the Shamus Award Nominees 2022. Congratulations to all!

Best Original P.I. Paperback:
• Every City Is Every Other City, by John McFetridge (ECW Press)
• The Burden of Innocence, by John Nardizzi (Weathertop Media)
• Angels in the Wind, by Manuel Ramos (Arte Público Press)
• Frog in a Bucket, by Clive Rosengren (Coffeetown Press)
• An Empty Grave, by Andrew Welsh-Huggins (Swallow Press)

Winners will be announced in August. 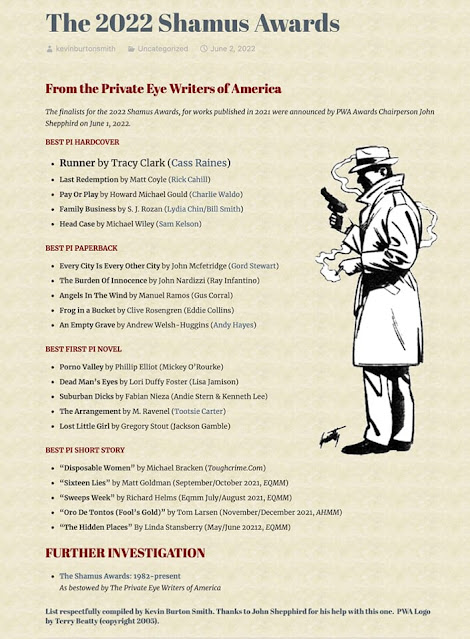 Posted by Janet Rudolph at 8:27 AM