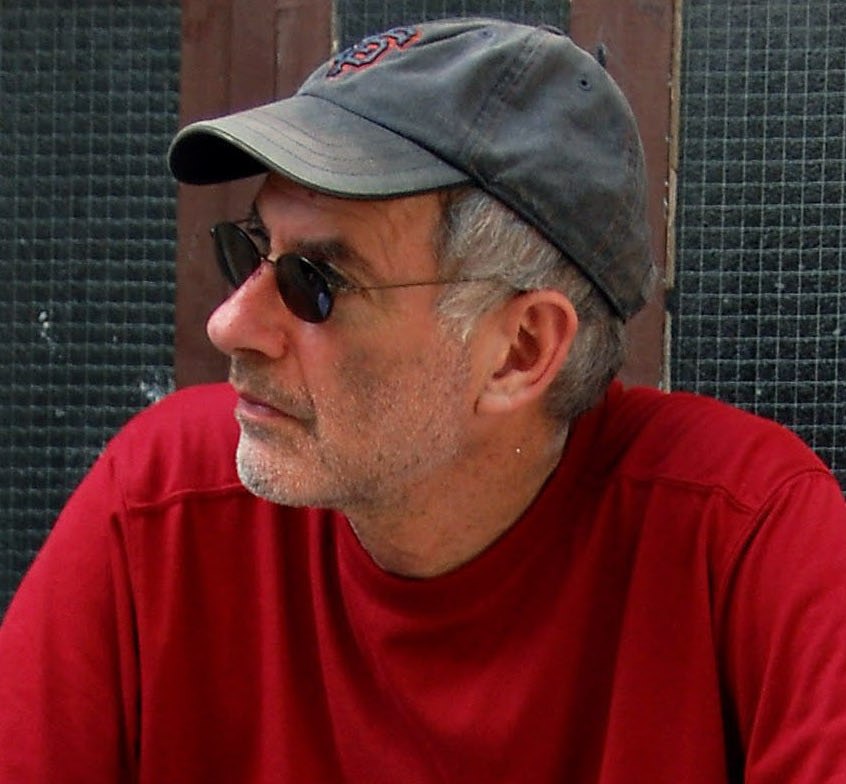 Today I welcome back thriller writer Keith Raffel. Keith Raffel  is a Silicon Valley entrepreneur, former counsel to the U.S. Senate, and killer thriller writer. He's the author of Smasher, Drop by Drop, A Fine and Dangerous Season, and, just launched, Temple Mount. Read more Here. And, he's such a nice guy! :-)

When my 18-year-old daughter heard that I’d finished a new novel, she gave me the eye-roll that any parent with a teenager knows so well.

“Here we go again,” she sighed. “Another book with a woman who’s underestimated by all the men and shows them up in the end.”

Bull’s-eye. I had no response. She had me pegged.

There’s no faster way to make a cantankerous author like me a feminist than to give him three daughters. The surprise in my books when a woman can shoot straighter or think better than the guys is no surprise to my girls. For them female equality is assumed, female superiority likely.

In my first book, Dot Dead, the protagonist Nate Michaels goes out for a run with Rowena Goldberg, who’s been helping him with his enquiries. He’s a good runner, and he gallantly offers to let her set the pace. At the end of the run, she’s not breathing hard. He is.

Once back in my foyer, I asked, “You’re a runner?”

“Okay. I’ll ask it this way. What was the last race you ran?”

“About a dozen runners finished ahead of me.”

“A dozen women beat you?”

“No. Just one woman. The rest were men.”

In a review of Dot Dead, mystery writer Lora Roberts gave me this back-handed compliment: “The characters are well-drawn, even the women, which can be a problem for a first-time male writer.” Credit Carolyn Keene here. At age 12, after I read all the available Hardy Boy books, I switched to the adventures of Nancy Drew, the prototype for female pluckiness for so many in my generation.

The protagonist of Drop By Drop, Sam Rockman, is a Stanford professor who has come to Washington to work on the Senate Intelligence Committee in the wake of a terrorist incident. Bad luck for him, he finds himself working for the minority and forced to cooperate with his counterpart on the majority side, Cecilia Plant. She swears, he doesn’t. She can handle guns, he can’t. She knows martial arts, he’s a runner. Here they are at their first meeting:

“We need to get the motherfuckers who did that.” She didn’t snarl as she cursed. She spoke in soft tones, as if to minimize the attention that would come unbidden to a foul-mouthed, red-headed woman with a seventy-five inch span between the tips of her heels and the crown of her head.

When Sam and Cecilia are in peril, his brains help, but her knowledge of the martial art Krav Maga helps even more. Remember the scene in High Noon when the Quaker Grace Kelly has to fire a gun to save Gary Cooper? In Drop By Drop I wrote a similar scene but with the sexes reversed.

In my latest thriller, Temple Mount, Silicon Valley entrepreneur Alex Kalman finds himself in the midst of terrorist incident on the streets of Jerusalem. His intentions are good, but they outrun his abilities. He’s saved by the archeology professor he’s been working with. Here’s how their conversation goes after the event (with her speaking first):

“Listen. What were you doing? He was trying to kill you.”

“The other people were smarter than you. Next time, if you’re unarmed, do what they did. Run away from the person trying to kill you, not toward him.”

“From my pants pocket. I always have one with me. I’m a major in the Israeli Defense Forces Reserve.”

Yes, I know my books all have a Hitchcockian flavor – they’re about a regular guy caught up in extraordinary circumstances. Like Cary Grant in North by Northwest or James Stewart in The Man Who Knew Too Much, they are in good shape, smart, and successful, just not prepared by their quotidian American lives to deal with the ruthless enemies who find them in the way.

Ed Kaufman, the Edgar-Award-winning, late, lamented proprietor of the M is for Mystery Bookstore, used to tease me by saying I wrote romances. And in a sense I do. All those characters, Nate Michaels, Sam Rockman, and Alex Kalman, are smart and brave, admirable in many ways. But they are also incomplete, lost, down on life. The tough women they meet not only save their lives, they bring meaning to them.

So I guess my daughter should keep rolling her eyes. She is right. I’m guilty. I do love writing those strong, capable women underestimated by the guys, both good and bad. And I have no intention of stopping.

Keith, it sounds to me that after spending so much time with your daughters (and Carolyn Keene early on) that writing women comes naturally to you. I think that's the main thing. That you just write the person as the person she is to you, and she comes off that way. Meantime, in my latest book, my protagonist is a guy. He's the easiest character I've ever written, even though he's the opposite sex. Maybe there's a certain freedom that we can revel in when we write from a different perspective. As a female writing a female protagonist, I sometimes think she has to be very tough and strong. There are a lot of "shoulds" about writing a strong female detective, but you were able to just blythely blow past them, probably because you weren't worried about it. ?

Maggy, the one time I tried to write from a woman's POV my agent encouraged me to give up after 30 pages. She was right. As you suggest, I think I do okay writing women characters from the persepective of the narrator though. Will check out your writing from the male POV. Congrats. Keith